Dr. Vamshi Chand Reddy Challa was born in the remote village of Seri Appareddypally, Mahaboobnagar Dist, in a middle class family. His agricultural family, being set in the rural backdrop, had to send him away at an early age to ensure quality education. While he pursued his education at Sree Vidya Peeth, he was the school leader for three years in a row, albeit by popular choice as well as thoroughly earning the confidence of both the students and management as being an able leader and role model. His tryst with democratic style of leadership began thus when he was only 14.

Vamshi Chand Reddy while he was the student of MBBS, he along with other like minded medicos, shared the urge to serve the rural population, set up 'SUPORT'(Society for Uplifting the Poor of Rural Territories) a voluntary organisation run by young Medicos of Gandhi Medical College, Hyderabad.

He has been working in the field of Rural Development since joining M.B.B.S. His work has been appreciated in the areas of Medicine & Health, Education, Water, Environment, Social Equity and Income Generation with special emphasis on Women issues and Tribal Welfare. He has also been working for the past 5 years to take basic medical facilities to remote villages. 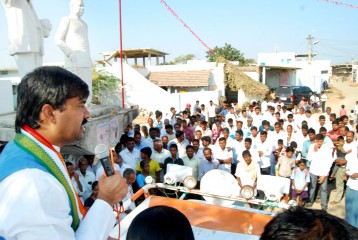 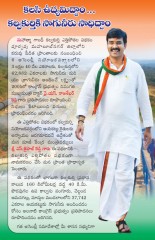 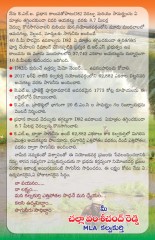